One more with Mushroom Medley

Last layout of the night as I have a work in-service tomorrow and really should rest up before getting back in the pool after 3 weeks off.
Anyway tried to use up the last of the scraps from my TSR Mushroom medley kit. Still have a few bits and stickers which is okay as I ordered the collection pack.
I was trying to play along with another Sketches in Thyme sketch #219, but it's not quit the same.
Here's my layout 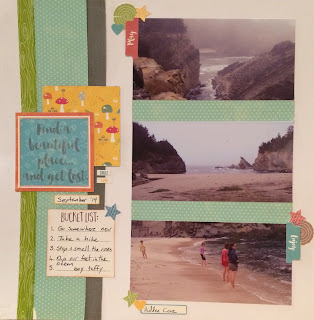 and here's the sketch 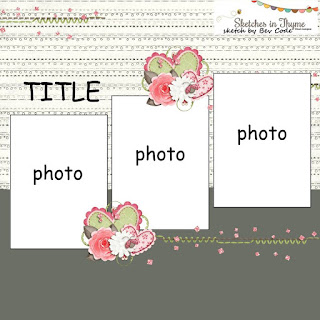 I started by changing the orientation to fit my photos and I cut them down to 3x6 but staggering them looked weird.  Maybe if I shortened them to 3x5 it might have looked more visually appealing.  Just didn't want to lose that much of the photo as it would have cropped my son completely out of it. So I actually played with placement for awhile (much longer then I tend to move things around) until I finally decided to just stack them one over another. 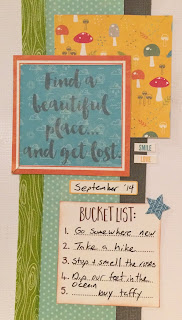 I really like how this bit turned out.  I cut the frame off of the bucket list and added it to the "find a beautiful place.." as it needed some definition to make it pop off the stripe. To give it just a bit more contrast I also tucked the mushroom paper under it as well as still used the bucket list with the edges inked.
Well that's it for now.  Make sure to come back on Sunday for my lasting Memories DT reveal as you'll get to see what else I did with this kit. 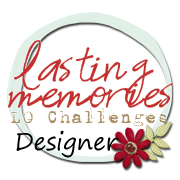 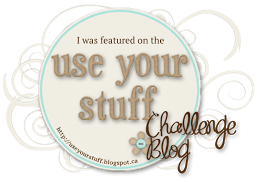